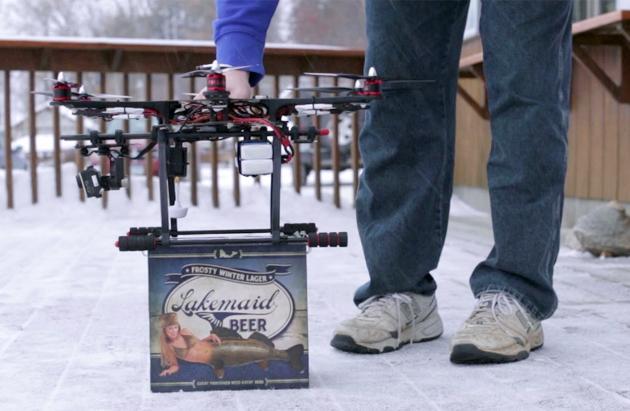 He and his colleagues rented a drone, tested the idea on Lake Waconia and then put up a video. Set to cheery music, it featured a six-bladed unmanned craft gliding over fish houses and gently setting a box of Frosty Winter Lager on a snowy lake.

But before he could launch his lofty new business plan, the government grounded him.

Not so fast, the FAA told him,